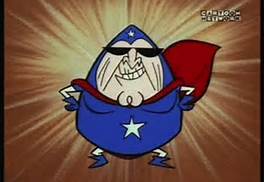 Flat feet plague many Americans and perhaps one of the worst times to have fallen arches is the winter holiday season. Why? Many people are destined to spend hours standing in line waiting to pay for holiday gifts, see Santa or mail holiday cards and packages. There are also those cocktail parties, holiday caroling sessions and strolls through the Christmas lights that will undoubtedly have people on their feet for long stretches of time too.

Flat feet are often a congenital problem which has no specific cause. They can however occur after an injury, especially conditions such as Tibialis Posterior Syndrome or more traumatic injuries such as fractures or mid-tarsal joint sprains. The other thing to look out for is Overpronation. Often this is confused with having flat feet (or a fallen arch) although it is not technically the same thing. If an individual does not have flat feet but does overpronate then the arch of their foot appears to be normal when standing. However, when they walk the arch collapses and the foot rolls in excessively. This is more difficult to spot than flat feet. It is estimated that between 60 and 80% of the population overpronate!

Many people have flat feet and notice no problems and require no treatment. But others may experience the following symptoms, Feet tire easily, painful or achy feet, especially in the areas of the arches and heels, the inside bottom of your feet become swollen, foot movement, such as standing on your toes, is difficult, back and leg pain, If you notice any of these symptoms, it's time for a trip to the doctor.

Runners are often advised to get a gait analysis to determine what type of foot they have and so what kind of running shoe they require. This shouldn?t stop at runners. Anyone that plays sports could benefit from this assessment. Sports shoes such as football boots, astro trainers and squash trainers often have very poor arch support and so for the 60-80% of us who do overpronate or have flat feet they are left unsupported. A change of footwear or the insertion of arch support insoles or orthotics can make a massive difference to your risk of injury, to general aches and pains and even to your performance.

Why do arches fall?

Ligaments hold up arches. Deformed ligaments will not return to their original shape, just as an overstretched rubber band remains elongated. Arch supports help restore more normal function. Not all orthotics are made alike. Sole Supports custom designed orthotics are unique in the way they are cast. Sole Supports compensate for the differences between each foot. They take into account your body weight and the degree of flexibility in your feet. Taking care of fallen arches can be key in dealing with unresolved or recurrent back pain.

Since there are many different causes of flatfoot, the types of flatfoot reconstruction surgery are best categorized by the conditions. Posterior tibial tendon dysfunction. In this condition, the tendon connecting the calf muscle to the inner foot is torn or inflamed. Once the tendon is damaged it no longer can serve its main function of supporting the arch of the foot. Flatfoot is the main result of this type of condition and can be treated by the following flatfoot reconstruction surgeries. Lengthening of the Achilles tendon. Otherwise known as gastrocnemius recession, this procedure is used to lengthen the calf muscles in the leg. This surgery treats flatfoot and prevents it from returning in the future. This procedure is often combined with other surgeries to correct posterior tibial tendon dysfunction. Cleaning the tendon. Also known as tenosynovectomy, this procedure is used in the earlier and less severe stages of posterior tibial tendon dysfunction. It is performed before the arch collapses and while the tendon is only mildly affected. The inflamed tissue is cleaned away and removed from the remaining healthy tendon. Tendon transfer. This procedure is done to correct flatfoot and reform the lost arch in the foot. During the procedure, the diseased tendon is removed and replaced by tendon from another area of the foot. If the tendon is only partially damaged, the inflamed part is cleaned and removed then attached to a new tendon. Cutting and shifting bones. Also called an osteotomy, this procedure consists of cutting and reconstructing bones in the foot to reconstruct the arch. The heel bone and the midfoot are most likely reshaped to achieve this desired result. A bone graft may be used to fuse the bones or to lengthen the outside of the foot. Temporary instrumentation such as screws and plates can also be used to hold the bones together while they heal.
Heel Pain And Discomfort »
Profile

A friend is one who takes me for what I am.

Login to quote this blog

You cannot quote because this article is private.